Friends of Grasslands (FOG) is a community group dedicated to the conservation of natural temperate grassy ecosystems in south-eastern Australia. FOG advocates, educates and advises on matters to do with the conservation of grassy ecosystems, and carries out surveys and other on-ground work. FOG is based in Canberra and its members include professional scientists, landowners, land managers and interested members of the public.

Thank you for the opportunity to comment on the draft concept plan for Casey Community Recreation Park. We are concerned that the plan is very narrowly focused and misses an opportunity for local residents and the broader community to have an area that provides a real experience with nature and First Nations culture. The draft plan also ignores the ecological and habitat values and more generally the natural values of the site. If it proceeds as suggested, it would be a great opportunity lost.

The concept plan ignores the natural and habitat values of the area covered and their connection with the border area - this can be seen by comparing Map 2 and Map 3 in the attachment. There is no mention of any ecological assessment in the draft plan. Springbank Rise comprises areas of remnant dry forests and Yellow Box and Blakely’s Redgum woodland. The original understorey has been largely destroyed, although remnants of tall and short Speargrasses, Weeping Grass, Windmill Grass remain and ideally these should be retained.

The Springbank Rise Playground has been nicely landscaped largely with indigenous vegetation, although it could do with more attention and a greater variety of plants. It is not clear what plantings are proposed in the area of the draft plan.

The area covered by the concept plan is undulating and includes a number of ephemeral ponds. One has a population of Cumbungi reeds. These should be retained and enhanced. It is not at all clear from the plan, but one suspects it will largely be levelled, replacing what is naturally a desirable undulating landscape. Placing the creek outside the concept plan line is a major omission. The planners should retain and enhance natural water features and consult an hydrologist to consider water retention and management to enhance and diversify the habitat.

Currently there is a mix of native trees present, at all life stages, including mature, intermediate trees and regenerating trees. It is not at all clear what trees will be retained and what won’t. We urge that there are no native trees sapling size or older removed or disturbed as a result of implementation of the plan.

The site provides natural fauna corridors especially for birds. The plan should take into account how these could be enhanced, especially to favour habitat and corridors for birds that are currently threatened. Likewise plantings that favour unwelcome birds should be avoided.

Any grassed areas should use native grasses such as Kangaroo Grass Themeda triandra and Weeping Grass Microlaena stipoides. These provide nice lawns and can be easily maintained and are better at surviving drought and would require less watering.

Nothing is mentioned of First Nations values in the landscape.

There is an opportunity at the site to connect people of all ages with nature. Landscaping should enhance natural values and have suitable signage and natural features to reinforce this. We believe that plantings that strengthen the existing woodland should be undertaken wherever possible, including replacement of the proposed microforest with a more ecologically sound revegetation plan.

The views expressed here are consistent with, and based on, the approach outlined in FOG’s budget submission to the Chief Minister dated 11 May 2021- see the sections on Nature in the City and Biodiversity Nodes in http://www.fog.org.au/Submissions/20210511.htm. This draws on the principles outlined in the Legislative Assembly’s Standing Committee on Environment and Transport and City Services’ Inquiry into Nature in our City Report, February 2020, and using remnant vegetation such as that on Springbank Rise as nodes.

FOG would wish to participate in any further developments of the plan.

The proposed concept plan covers an area that may look to the casual observer as unkempt weeds which is a fair assessment. However, the draft concept plan ignores the ecological and habitat values and more generally the natural values of the site. If it proceeds as suggested, it would be a lost opportunity to retain the natural values at the same time as using the park for recreation by the community.

Map 1 shows the location of the Casey Community Recreation Park which is at the western end of the area between Horsepark Drive and Plimsoll Drive. The plan does not indicate what is planned for the area between the southern end of the park and David Miller Crescent. The concept plan fails to place the concept plan area in the boarder context linking native woodlands between those along Horsepark Drive through the Springbank Rise to the Kinlyside woodland. 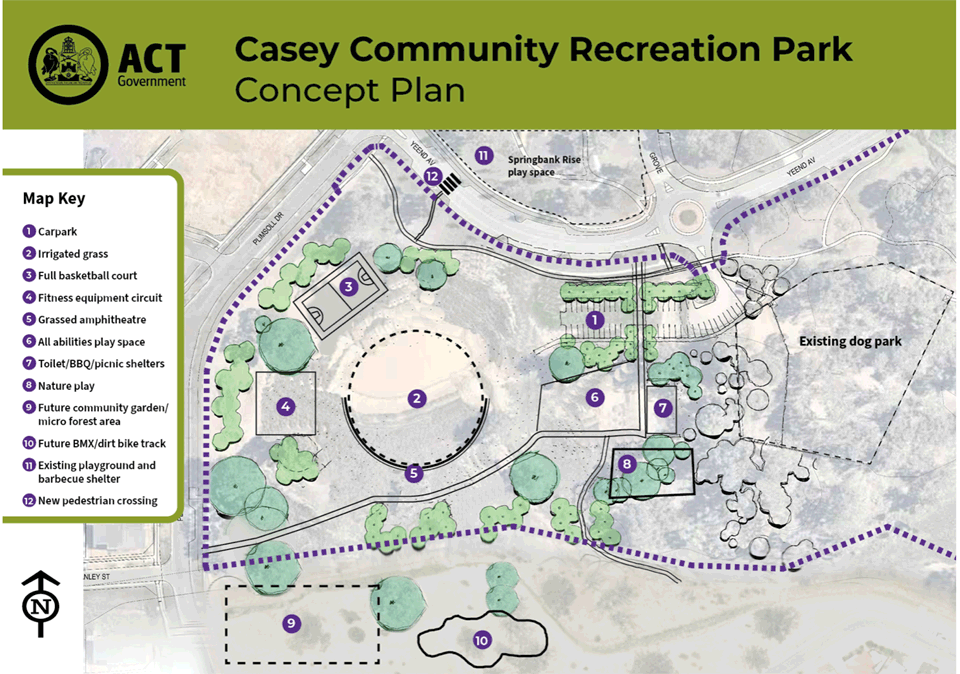 Map 2 shows the concept plan for the north-western section of the park as shown in Map 1. 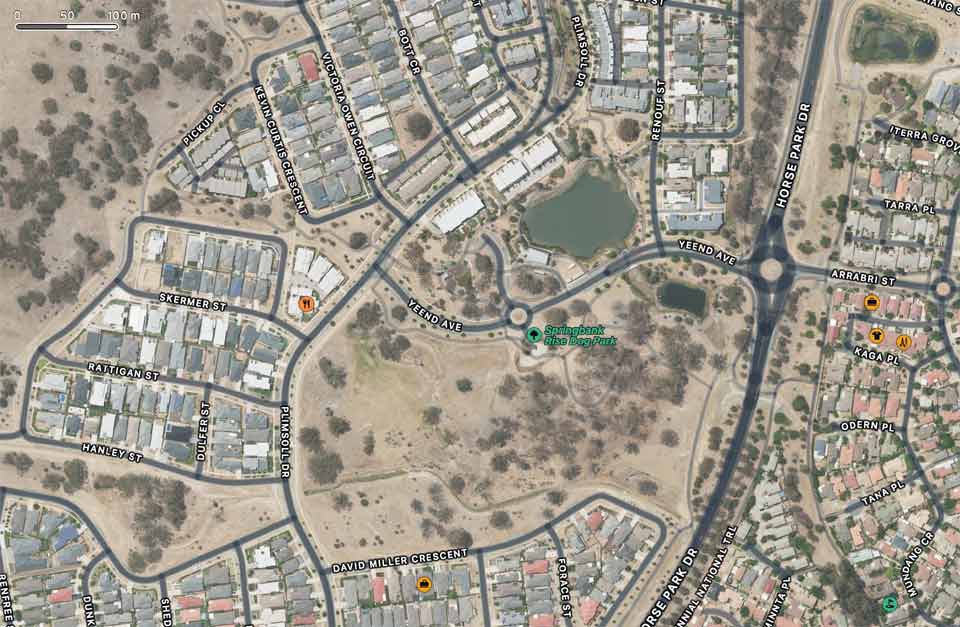 Map 3 shows the landscape in which the proposed recreation park occurs, featuring the vegetation connections between remnant vegetation and plantings along Horsepark Drive through Springbank Rise, to Kinlyside Woodland through two corridors between Hanley Street and Wighton Terrace, and between Hanley Street and Kevin Curtiss Crescent and Pickup Close.